Thank you for your patience while we retrieve your images.

I started helping at grandpa's house when I was 10 or so. That's when I met his shop. It was jam packed with stuff. Rusty and dull saw blades, tools worn with years of use, covered in dirt and grease, old wooden clamps hanging from the ceiling rafters, cans of oil, and buckets filled with parts and mysterious things. The shop was quite small, fewer than 100 sq. feet. There really was only room to stand in the center as the floor was covered in stuff. I am an organized person and like things to be tidy, but this place was just right, it wouldn't have been right for it to be organized and clean.


I shot this series on a Mamiya RB67 with a 90mm and 180mm lens. The space was dim, being lit just by two small windows and the open door. There was a single bare bulb mounted to the ceiling with an old worn pull strong, but I preferred the look with the light off. The camera was mounted on a tripod and I shot two rolls of film. My grandpa has since sold the property and the shop is now gone. I'm glad I took the opportunity to photograph it when I did. I now have some of grandpa's tools and feel fortunate for that. 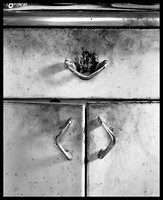 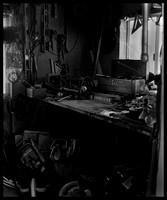 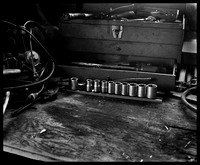 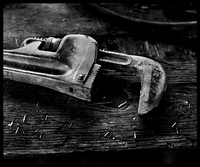 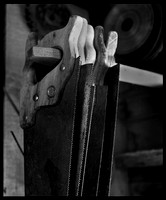 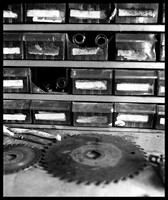 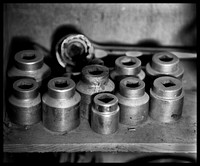 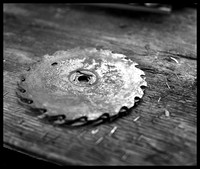 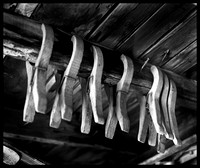 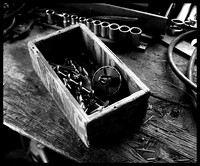 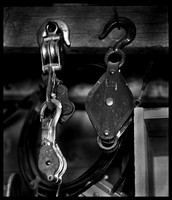 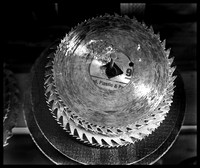 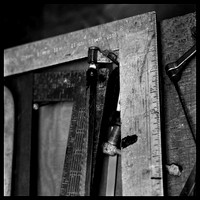 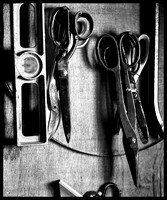 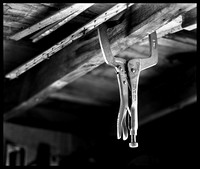 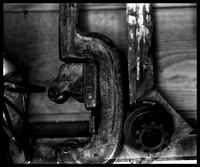 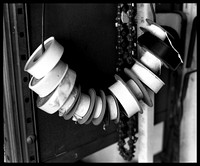 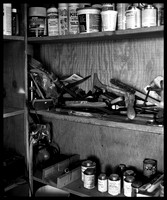